Last summer I made the responsible (albeit disappointing) choice to skip mudfest in lieu of staying healthy and climbing Bukhansan National Park’s highest peak, Baegundae.  Leaving the following Thursday for an extreme trip through Vietnam  I knew that I didn’t want to fight a multi-day hangover or any bruised limbs from the alcohol supported escapades at one of the dirtiest festivals in the world.  As a result I offered to lead a hike up Baegundae with Seoul Hiking Group.  That’s how Brian and I came to meet some new hiking buddies, Heidi & Jason!

The Korean language barrier presented some difficulties finding the right entrance.  At first we ended up at the same entrance Brian & I had taken a few months back which was a 4 hour trek to the base of Baegundae.  This time we were searching for the 1.5 hour route!  Luckily my Korean was capable enough to buy a map and ask for directions so we quikcly found a cab and arrived at the Baegundae-Sogwicheon Information Center.

When first stepping on the trail we had roughly 500m of vertical remaining in the 835m climb up Baegundae.  It began as rough cut stone steps and boulders surrounded by th

e natural beauty of Bukhansan in the summer.  Green trees with the occasional flower flanked our path as the sweat rolled down our faces.  Jason, a first time hiker was soon converted to a naturalist and took regular breaks to get a full feel for mother nature’s splendor.

A few minutes in we found ourselves at a “temple.”  It had none of the usual pizazz with a bland roof instead of the typical painted parapet.  We were greeted by two “mountain dogs” as a Korean woman approached.  There was a small antechamber for prayer with a spectacular buddha but otherwise this locale appeared to be the simple residence of these pleasant folk.  We played with the dogs for a few moments and said our thanks before continuing the trek.

END_OF_DOCUMENT_TOKEN_TO_BE_REPLACED 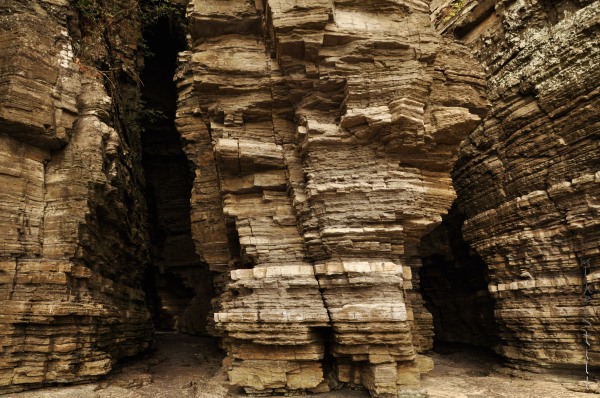 After a wonderful hike and bonfire we awoke ready for the ferry and bus ride to Goseong Dinosaur Museum.  The second part of Warren’s Seoul Hiking Group expedition supposedly sported the world’s largest collection of dinosaur footprint fossils.  After a quick nap on the bus I found myself strolling past life-size replicas of the monstrous beasts! 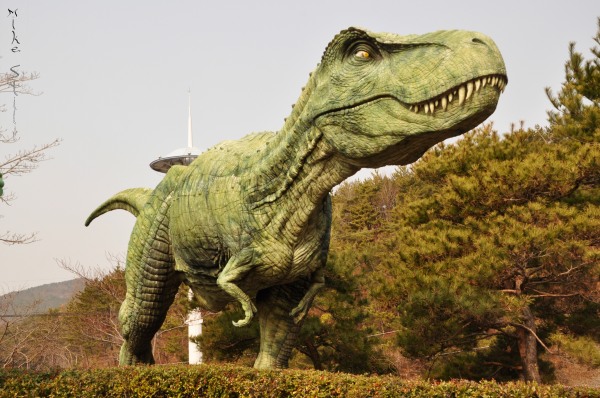 The museum itself is requires a nominal fee and is very family friendly.  I opted to follow most of my group down a winding path outside of the museum instead.  After crossing a dino-themed bridge and weaving through the evergreens we came upon a beautiful bay.  In the distance we spotted Saryangdo from yesterday’s hike before our man-made path turned into a series of incredible igneous rock steps hovering over the sea. 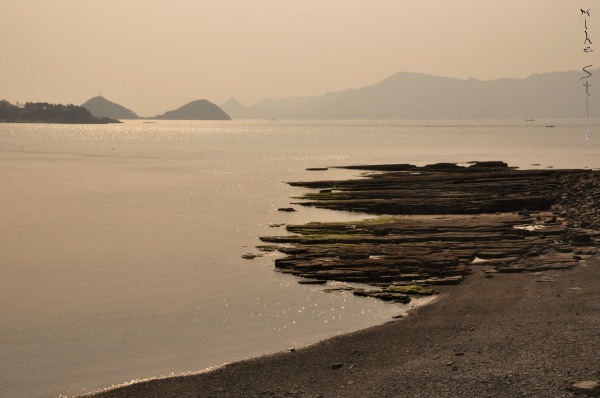 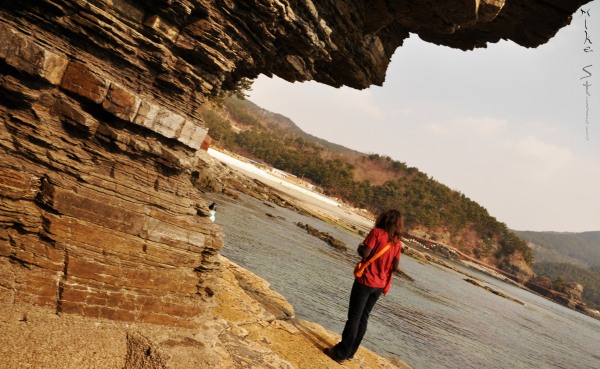